Markets generally are unchanged as investors continue to digest what exactly is going on with the Omicron variant, there are reports out of South Africa that it has already peaked and is subsiding, whether this is just the South African government trying to talk it down remains to be seen.

Not sure if we should be checking the time on the Doomsday Clock, which hasn’t changed since January 27, 2021 which was and is 100 seconds to midnight, and the blame at that time and still is Covid-19 and its variants, That being said, recent events in the past couple of months seem to want to move it closer sadly for the following reasons, Russia has built up 90,000 or more troops and a vast array of tanks and weapons on the border with the Ukraine. The USA has stated it will impose severe sanctions against Russia if Russia invades the Ukraine, don’t think Russia gives a damn, Russia supplies most of Eastern Europe with natural gas and if it cut off supply in the middle of winter who is being hurt the most?

On another front,  U.S. and Israeli defense chiefs are expected on Thursday to discuss possible military exercises that would prepare for a worst-case scenario to destroy Iran’s nuclear facilities should diplomatic efforts fail and if their nations’ leaders request it. The Iranian government continues to stall the talks while building up its nuclear energy program, more sanctions are useless, and the West has drawn its toe in the sand so many times that Iran doesn’t worry at all. The real question is, how long is the West going to wait?

On another front again, China and Taiwan have been butting heads, while the West (including Australia) have been building up their naval forces and sailing through international waters that China claims to be within its borders. China has sent off various protests to these governments stating there would be severe consequences if this happens again. Meanwhile China continually flies into Taiwan’s airspace just enough to antagonize the Taiwanese but

not enough to do anything about it. Plus, the boycott of the Winter Olympic games by diplomats from various countries is just a starting point, most likely an even larger number of countries will boycott, leaving China looking bad.

Federal Reserve removes any doubt on its rate hikes

Yesterday, the Federal Reserve stated that it was rapidly reducing the amounts of its monthly bond purchases. The Fed will be buying $60 billion of bonds each month starting in January, half the level prior to the November taper and $30 billion less than it had been buying in December. Once the bond purchasing program […]

A lot of economic data this morning, basically being ignored till after the Fed announcement

The Federal Reserve will announce no rate change but will announce that its tapering will close off a lot quicker than they even thought two months ago. Inflation is sticking around a lot longer than expected and now central banks around the world will follow suit after the FED. Since this is fully anticipated market […] 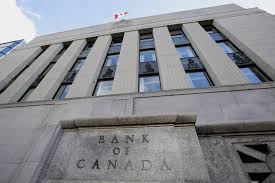 The Bank of Canada announced no interest rate hike however it has changed it’s tune slightly, what once called a transitionary inflation rate is now called persistent and should be tackled sooner than later. Therefore, expect those rate hikes in 2022, the new topic of discussion is how many will there be in 2022? The […]